Abstract: In the present paper, a Random Forest classifier is used to detect leak locations on two different sized water distribution networks with sparse sensor placement. A great number of leak scenarios were simulated with Monte Carlo determined leak parameters (leak location and emitter coefficient). In order to account for demand variations that occur on a daily basis and to obtain a larger dataset, scenarios were simulated with random base demand increments or reductions for each network node. Classifier accuracy was assessed for different sensor layouts and numbers of sensors. Multiple prediction models were constructed for differently sized leakage and demand range variations in order to investigate model accuracy under various conditions. Results indicate that the prediction model provides the greatest accuracy for the largest leaks, with the smallest variation in base demand (62% accuracy for greater- and 82% for smaller-sized networks, for the largest considered leak size and a base demand variation of ±2.5%). However, even for small leaks and the greatest base demand variations, the prediction model provided considerable accuracy, especially when localizing the sources of leaks when the true leak node and neighbor nodes were considered (for a smaller-sized network and a base demand of variation ±20% the model accuracy increased from 44% to 89% when top five nodes with greatest probability were considered, and for a greater-sized network with a base demand variation of ±10% the accuracy increased from 36% to 77%). 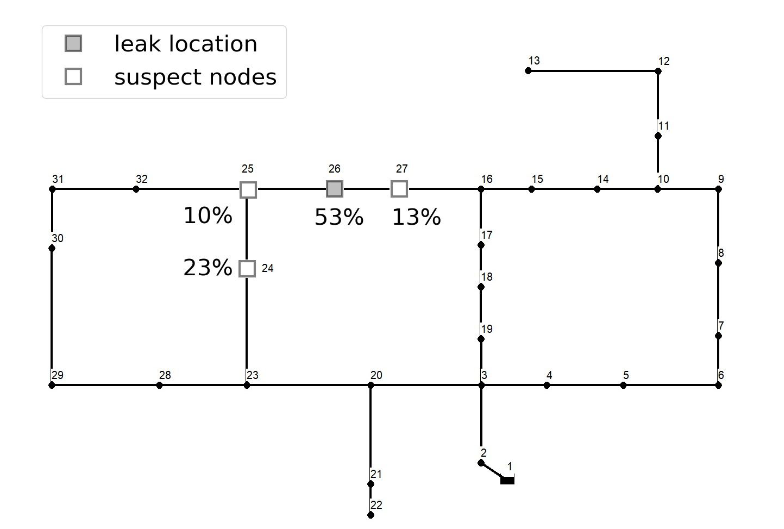 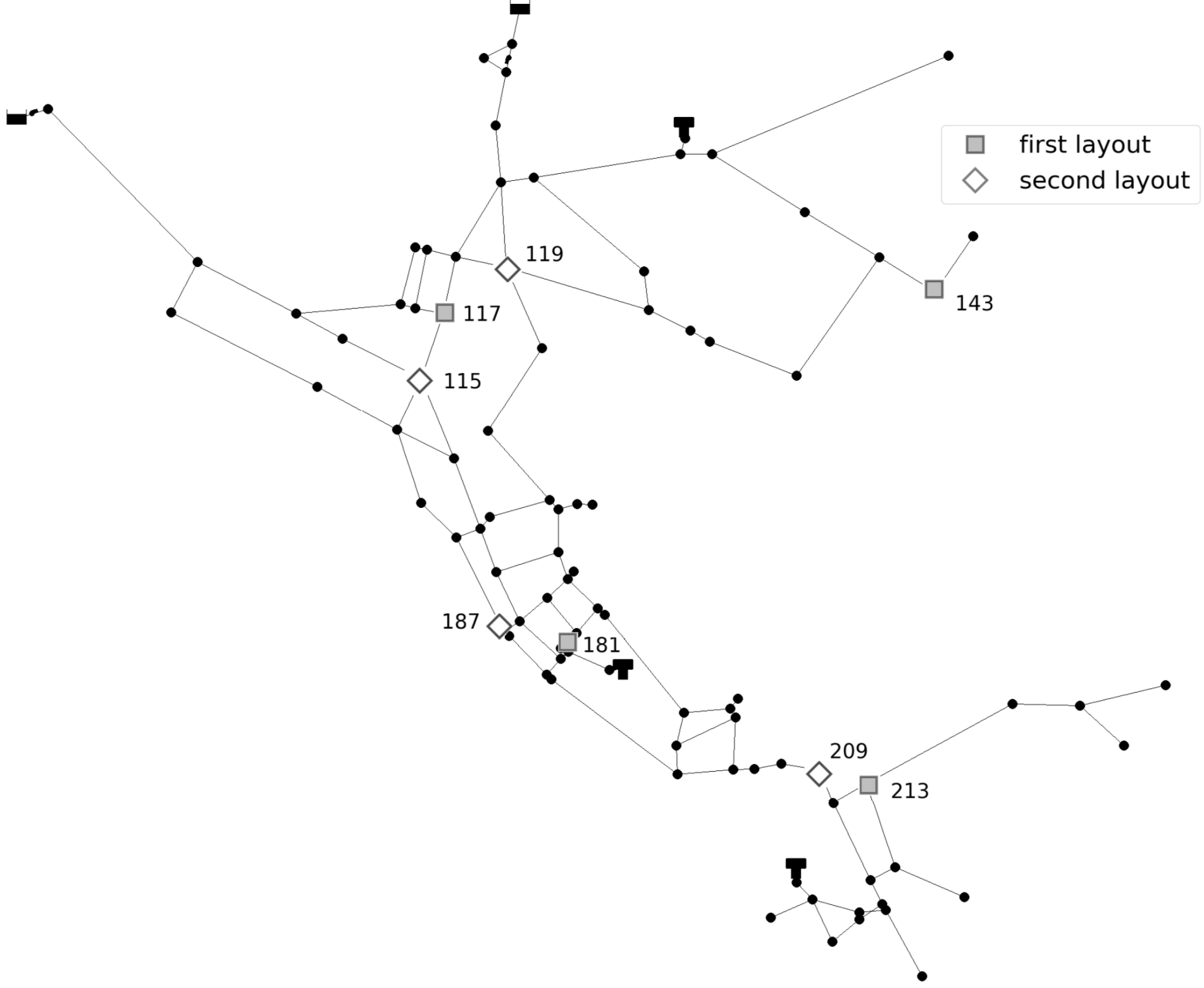