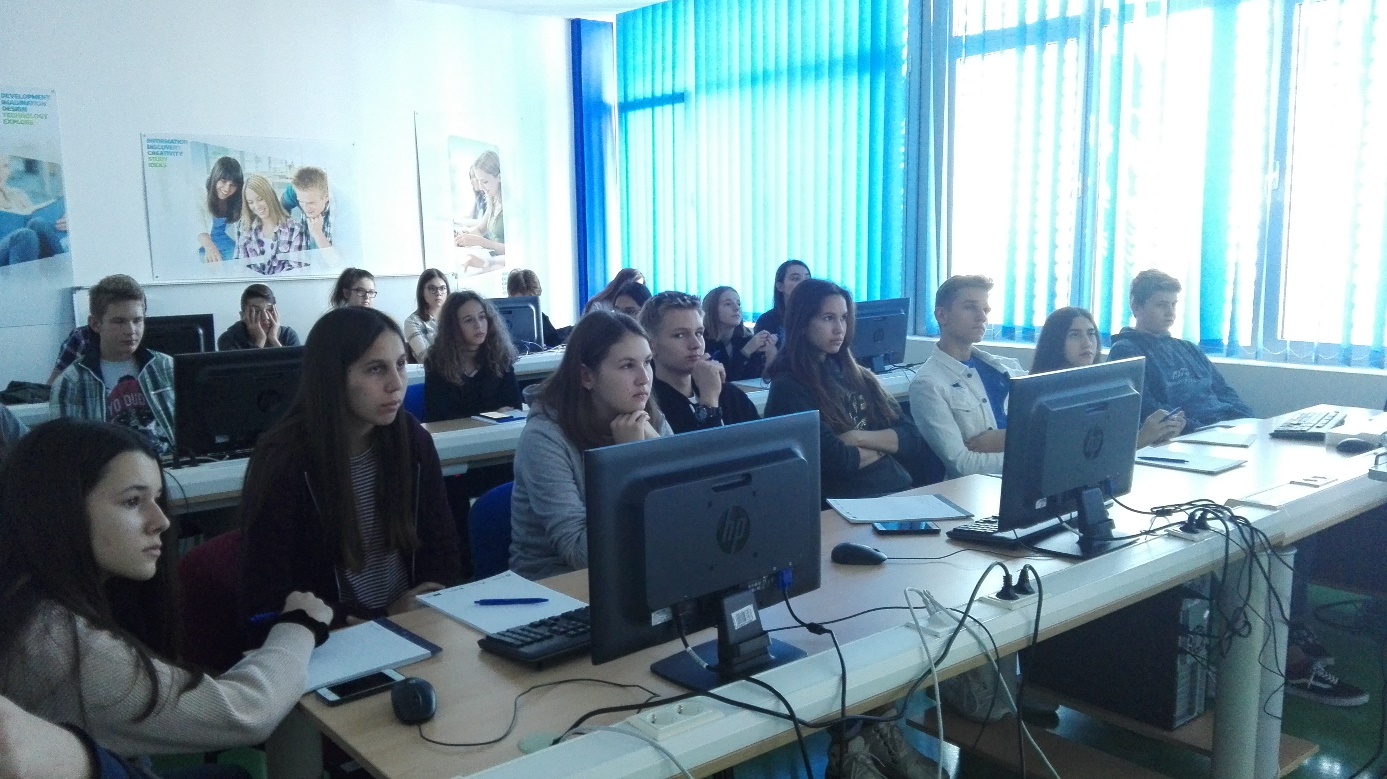 On October 12, 2018, first grade students of the V. gimnazija from Zagreb visited the Center for Advanced Computing and Modeling and the Bura Supercomputer at the University of Rijeka. Prof. dr. sc. Lado Kranjčević and dipl. ing. Gordan Janeš gave a presentation during which students had the opportunity to learn about the characteristics and performance of the supercomputer as well as it’s scientific and commercial application. Subsequently, they toured the data center that houses the Bura supercomputer which had been acquired as part of the “Development of Research Infrastructure at the University of Rijeka Campus” project and was financially realized through European Structural Funds. Students showed interest in the modern computer system and were open to the possibility of enrolling in the University of Rijeka in the future.